For Women Write About Comics, I wrote a very fun piece about the intersection of art, fashion, and comics in the Birds of Prey movie posters. 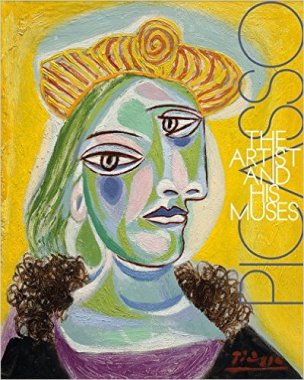 According to Naomi Segal, ‘muses stand for the eyes downcast, the body proffered somewhere around the navel, mindless, organless, giving, an inspiration at the price of being fast-frozen. No, if she darts, glances or wiggles violently, she is no muse’. [1] In my 2012 thesis, “Women Surrealists: Sexuality, Fetish, Femininity and Female Surrealism”, I argued for the women of the movement; how the art they created was more powerful and far greater than that of their mates. These women, through their presence and formidable talent, confronted preconceptions and traditional muse stereotypes, challenged masculine imposed labels and asserted their independent artistic authority:

In retrospect, however, what appears just as relevant is that this creature, as the male artist’s muse, was relied on as much by her mate as she relied on him; the male Surrealist was dependent on her presence to fuel his creativity and he would have been unable to fulfil the creative potential of the great Surrealist mission without her company. [2]

Far from being a role of condescension, muses hold great artistic power. As Patricia Allmer, in reference to Lee Miller, has stated: ‘the muses do return as outstanding artists’. [3] These women – these muses – are catalysts: they have initiated and inspired some of the greatest works of art, determined career trajectories and provided spouses with creative motivation. The career trajectory of Pablo Ruiz y Picasso would have been very different without the influence of six particular women in his life: Fernande Olivier, Olga Khokhlova, Marie-Thérèse Walter, Dora Maar, Françoise Gilot and Jacqueline Roque.

The Vancouver Art Gallery’s current exhibition,‘Picasso: The Artist and His Muses’ (11 June 2016 – 2 October 2016, created by Art Centre Basel, curated by Katharina Beisiegel and produced in collaboration with the Vancouver Art Gallery) puts these women at centre stage. Together with the accompanying book from Black Dog Publishing, essays by scholars, curators and art historians provide a chronology of Picasso’s life and art detailed through rich, densely informative academic papers in a combination of biography, art history and critical theory. The book included two forewords, an introduction and six chapters.

Picasso’s narrative begins with Fernando Olivier – ‘his first great love’ – who escaped a violent marriage and found success in Paris as an artists model. They became a couple in 1904, and her only duty was to be Picasso’s muse: no domestic chores or sitting for other artists. Together until 1912, their artist/model union kickstarted Picasso’s creativity, lifting him out of his Blue period and into his Rose period. She was the catalyst for the Cubist movement, Les Demoiselles d’Avignon (1907) and inspired Head of a Woman (Fernande) (1909).

In 1917 Picasso met ballet dancer Olga Khokhlova. Part of the Bellet Russe, Olga had scandalised audiences when cast as an adolescent in The Rite of Spring: Pictures from Pagan Russia in 1913. They married and had a son, Paul, and he would paint her seated, in ballet pose or with their child: mother, muse and dancer, a vision of maternal femininity. Olga was a keen photographer and her thousands of images – documenting the artist at work, their family on holiday or at play – continue to provide a unique, priceless record of the artist’s private life. Dora Maar was to continue this tradition.

This same year Picasso’s walked into Paris’ Les Deux Magots and set eyes on the Surrealist photographer Dora Maar. Their well-documented introduction, initiated by Paul Eluard, was the start of a passionate, volatile relationship between two brilliant artists who collaborated and influenced each others work: she dabbled in painting while he experimented with photography. Dora’s unusual beauty and temperamental personality (she suffered from depression) challenged Picasso as a portrait artist, leading him into more Surrealistic styles of painting. Picasso called her a genius yet she is often reduced to The Weeping Woman after the infamous 1936 portrait that captured her in complete mental anguish. This relationship was rooted in war – both internal and on the streets – and Picasso’s work takes on an element of violence during this time. Dora assisted with his seminal work Guernica, and she can be seen in the painting, her distorted face and tears representing both the agony of political suffering and her pain of loving a man sharing himself between lovers (Picasso continued see his ex-partners and their children). Their relationship was to end alongside the war.

The calm era signalled the arrival of Françoise Gilot. The young art student, who became the mother of his two youngest children, would latet pen the book, “Life with Picasso”, detailing her time with the artist. During this time Picasso’s art took on a peaceful, almost serene, nature and he rediscovered his love for the lithograph technique. A family visit to Vallauris in the South of France ignited an interest in ceramics – he thought nothing of using his son, Paulo’s, toys for his assemblages – and two years later, 1948, his first ceramics exhibition was held. As a subject, Françoise is slightly cut-off and more unreadable than Picasso’s previous lovers, with an independence and steeliness separating her from the outside work (and her family). Less submissive and more determined than his previous partners, she kept something of herself hidden throughout their relationship, and never entirely relinquished herself to him. She stated: “I had known from the start that what principally appealed to him in me was the intellectuals side and my forthright, almost tomboy was of acting, my lack, in a sense, of what is called ‘femininity’”.

Picasso’s final years were spent with Jacqueline Roque as the chapter examines how Picasso’s inspiration was as much from the history of art as it was from wives, mistresses and models.  Tribal masks and African art greatly influenced Picasso during this time, and the book’s concluding chapter, rooted in the theories of French ethnographer Michael Leiris, examines his various muses and inspirations during the final years of his life. Picasso’s art became transformative as he reimagined and reinterpreted of the work of old masters through contemporary art. The muse’s portrayal was also effected. Jacqueline’s identity, which would have previously been so individual and realistic, dominating the image with personality and vitality, fades into the image as she loses her individuality. It is not her story, her face on canvas; she has become absorbed into Picasso’s narrative.

Without having attended the exhibition, it is difficult for me to say how it compares to the book and vice-versa. However, this is a superb piece of work – either to be read as a companion to the exhibition or independently – demonstrating the complexity of the muse and the fluid, constant reinvention of Picasso’s work. Each of these women were responsible for unleashing a fresh creative talent within the artist. These six women, this diverse group with their own unique temperaments and personalities, inspired Picasso and kept his art relevant.

Artists and their muses is a subject that will continue to fascinate because, deep down, the muse is never who she seems. There is always more to her than her appearance. She is inspiration, yes, but her own unique person – whether artist, dancer, mother or nurturer – with a powerful artistic presence. When you look at these women, whether on gallery walls, in books or on art documentaries, when you consider them and ponder their influence, they become elevated. These are the faces and the personalities who inspired masters and created their own art. Listen and look to these muses. They are the ones with stories to tell.

Picasso: The Artist and His Muses is on show at Vancouver Art Gallery until October 2, 2016. The accompanying book is out now, published by Black Dog Publishing. 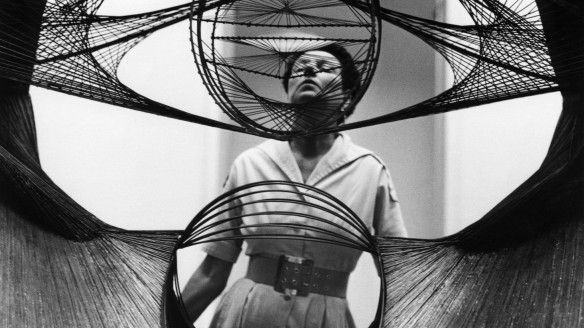 From championing of a young artist named Jackson Pollack to the International galleries bearing her name, Peggy Guggenheim’s name is synonymous with art. Despite no formal training she possessed an artistic sixth sense when it came to greatness and an ability to seek out the marvellous. In Peggy Guggenheim: Art Addict, Lisa Immordino Vreeland weaves archive and audio recordings, film footage, and photographs with input from historians, curators and authors to produce an incredibly absorbing documentary on a remarkable woman.

Vreeland divides the film into chapters – decades and places that bookmarked a specific point in Guggenheims’s life. It’s quite a life. Born into a well-known, if rather eccentric New York family (her Uncle Solomon Guggenheim founded the New York Museum and her father Benjamin Guggenheim went down with the Titanic), she left her abusive marriage and job in New York bookstore for the Bohemian lights of Paris. She mixed with the great and good of the literary and art worlds – Dali, Ezra Pound, Picasso, Cocteau, Kandinsky – including Duchamp who she called her “great, great teacher”. Taking Duchamp’s advice to “go where the art was,” she travelled and opened numerous galleries across the world, including London’s Guggenheim Jeune Gallery, where the Surrealists held their infamous 1937 London exhibition and Dalí appeared in a deep sea diver’s suit.

Guggenheim’s life was filled with art, sex and adventure but was very low on personal satisfaction. Her marriage to Max Ernst ended when he had a affair with Leonora Carrington (he later married Dorothea Tanning), and she appears incredible lonely. This is why the film works so well: it is not a piece of hagiography but an intimate portrait of a woman whose life was less than perfect. She had a reputation for being ‘difficult’, she had affairs, she lacked confidence in her appearance  – further elevated when she endured a botched nose job that was never corrected – and even developed a nervous ‘tick’.

Guggenheim once said, “it’s horrible to get old. It’s one of the worst things that can happen to you”. Maybe she thought her name would be forgotten? Some may say she was lucky – and, yes, in many ways art was her protective shield and emotional crutch – yet there is no denying that she was very astute woman with a canny business sensibility who brought avant-garde to the masses. Vreeland’s documentary is paramount to her legacy; a beautifully executed artwork of a woman who deserves to be noticed.