As I am taking so long to write these posts, and a huge chunk of time has passed, I figure I best get a move on and tell you all about the final two days of the fest.

Double Wedding was INCREDIBLE! Not only was the movie a scream, but Adrian designed the gowns so of course I urgently need all of Myrna Loy’s outfits #TCMFF pic.twitter.com/JSMPwxWULV

TCMFF weekend started with the fabulous Double Wedding (1937), a raucously zany comedy reuniting Myra Loy and Willaim Powell as sparring partners who obviously become intensely attracted to one another. The ending was an absolute scream — I have never seen anything quite like it to be honest! A pleasure from start to finish. It set the day up quite nicely — plus, Marya bought a Pink Panda!

Then it was onto Blood Money (1933), a Pre-Code that ticked the boxes in stylish fair as Bondsman George Bankcroft becomes embroiled with the clients he is helping. By then it was midnight, and wanting to attend the midnight film, The Student Nurses (1970), my friend Millie and I literally climbed under the rail next to our seats to dash into the theatre. We literally escaped from Escape from New York! But it was worth dashing because Student Nurses was hugely enjoyable: a group of four young women studying in 1970s Los Angeles find their paths go in four very different ways. I loved it. 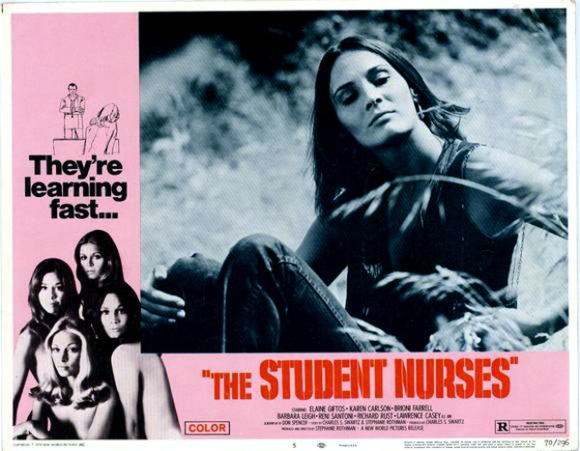 Then it was Sunday, the final day of the festival. The day, once again, started fabulously, with Katharine Hepburn and Cary Grant in Holiday (1938), a movie I had seen numerous times will rewatch at any opportunity. The chemistry between them is delightful, the gowns and hats are gorgeous, and the movie is delightful — a whole heap of joy.

I’m pretty sure Kalloch’s was inspired by Elsa Schiaparelli. His work for Holiday — specifically the hats — are very Schiap like #TCMFF pic.twitter.com/zPoOMg7mpM

I usually refer to this say as “Sirk Sunday” because I always watch a Douglas Sirk movie at the festival. This time it was Magnificent Obsession (1954), where Rock Hudson woos widow Jane Wyman without realizing he is somewhat unintentionally responsible for her late husband’s death. Gimme all the melodrama, I love it.

Never not obsessed with all the outfits, and Jane Wyman’s sunglasses, in Magnificent Obsession #TCMFF pic.twitter.com/bho91XB9i4

The final movie before the closing party was The Dolly Sisters (1945), a musical with more FANTASTIC surrealistic costumes, is how many of us chose to end our festival, and while this one was not necessarily my favourite, it was a great deal of fun. THE COSTUMES! I’m hoping to write more on this aspect of the movie. at some point so this is all I will say for now about that angle but YES WOW.

I loved ALL THE FASHION in The Dolly Sisters!!!! Orry-Kelly went there — I wanna write a sartorial focused book on this movie #TCMFF

We always close the festival in style at The Roosevelt to drink and chat and say our goodbyes, and later to grab fries at In-N-Out as per tradition. 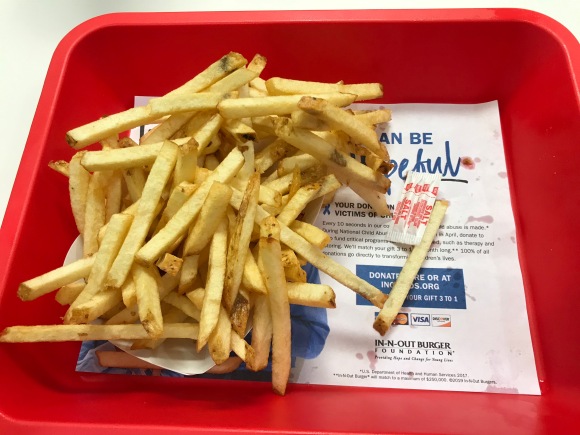 The group of us staying up late to make the most of the festival shrinks every year, but it doesn’t matter, that’s not the point. It’s about enjoying the final minutes of the festival before we say goodbye for another year, about having one last laugh with friends and memories and shared experiences. And that’s what it’s all about.

The first full day was five-movie day of joy beginning with the delicious Merrily We Go To Hell at a packed Egyptian Cinema. Sylvia Sidney and Frederic March in Dorothy Arzner’s pre-code based on Cleo Lucas’ 1931 novel called I, Jerry, Take Thee, Joan. Reporter and playwright Jerry Corbett and heiress Joan Prentice marry after a whirlwind relationship, toasting their nuptials “Merrily We Go To Hell,” which more than sets the tone of their marriage. As Jerry’s success increases, so do his alcohol addiction and Joan’s heartbreak, while the loose rules of their ‘modern marriage’ only aggravate the physical and mental decline of both. The movie is heartbreaking and gut-wrenching at times, and I absolutely loved it.

That was followed up with one of my all-time Disney faves, Sleeping Beauty, which provided the perfect opportunity to see my girl Maleficent in all of her resplendent glory. I think i was the only person who cheered when she came on screen…and it was lovely to have the animators Jane Baer and Floyd Norman in attendance, who shared their memories of working on the movie as Disney in-house animators.  (ND’s photo came out better than mine!)

Disney animator Floyd Norman recalled working on Flora, Fauna, and Merryweather for SLEEPING BEAUTY. He noted that the film marked “the end of an era” for hand-drawn animation, given the colossal resources devoted to the film. #TCMFF pic.twitter.com/oEYdbGocQF

Onto Sunrise, a movie I had not seen for some time but continues to mesmerize, which I followed with the powerful, always impactful Do the Right Thing at the IMAX. I was excited for this one, not only because I had never seen Spike Lee’s groundbreaking movie on anything other than a television screen but for the pre-movie discussion with costume designer Ruth Carter, Joie Lee, and casting director Robi Reed. 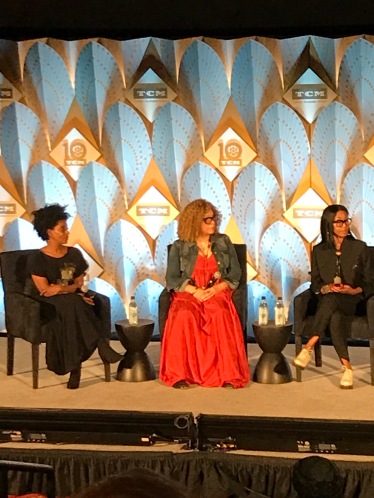 Walking out of the movie at 11pm in a little daze following the power Do the Right Thing continues to hold, it was straight back into the TCL multiscreen for some midnight fun. I was determined to do both midnight movies this year, cramming in as much of the festival as possible and they did not disappoint! Two very different movies playing on the Friday and Saturday night that attracted a loyal following and entertaining audience reactions. Santo vs. the Evil Brain was the Friday night showing and my very first Santo movie. A joy from start to finish starring the Mexican wrestling champion who is practically a superhero encountering his own brainwashed brain! See, a joy! Plus, the movie had one of the best car chases I had seen onscreen (not for any of the reasons you may think, and not what you would expect for a ‘chase’, but it was fantastic). Masks and treats were handed out before the movie, and we whooped and cheered the whole way through. A fun day. 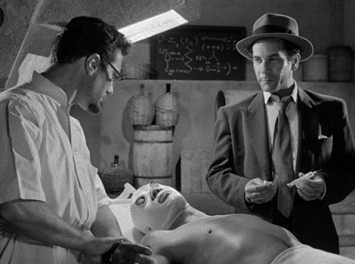 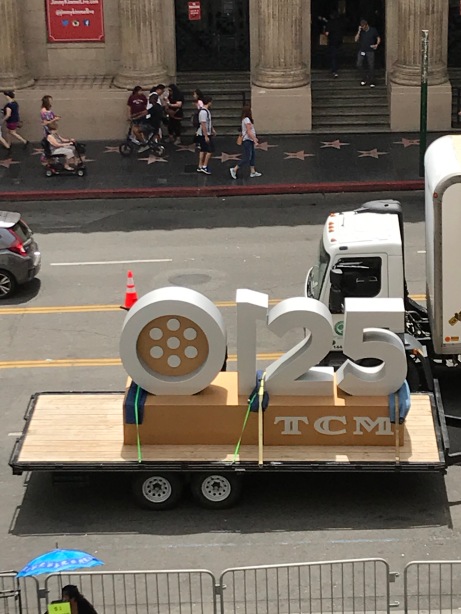 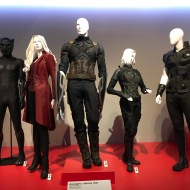 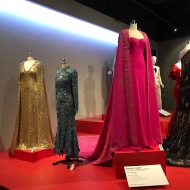 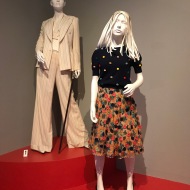 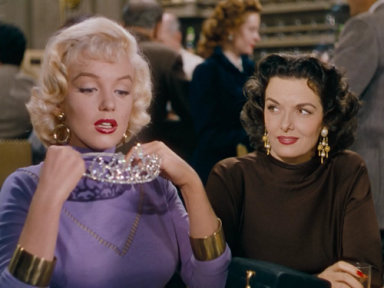 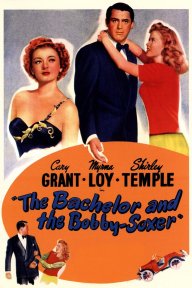 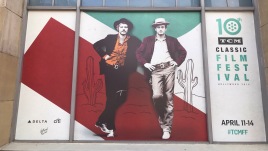 The day before the festival is always fun; the sense of anticipation in the air palpable. Everybody is excited, happy, energized for what lies ahead. We start seeing each other on Hollywood Boulevard as we walk between The Roosevelt and bites of lunch or dinner, as we stroll between hotels or to pick up supplies that take us through four days of solid movies. Time becomes irrelevant. 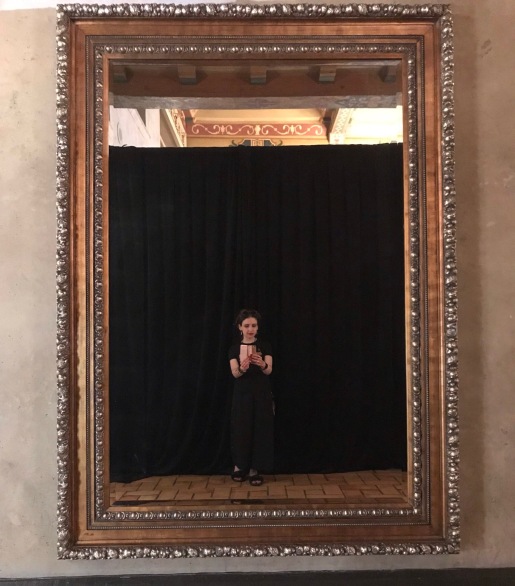 And then the day before becomes the night before, which always kicks off in style. The combination of the historic hotel, classic movies and the City is an intoxicating combination, on this night more than any other. So, I don my glitter heels, and I have a great time before it all gets crazy, before the movies start and before everybody is tired or on their way home. Because this is the night we have looked waited for since we arrived home from the previous year’s events. And when the party ends at the Roosevelt, we head to Boardners until 1am. The night becomes the early morning. TCMFF has begun.